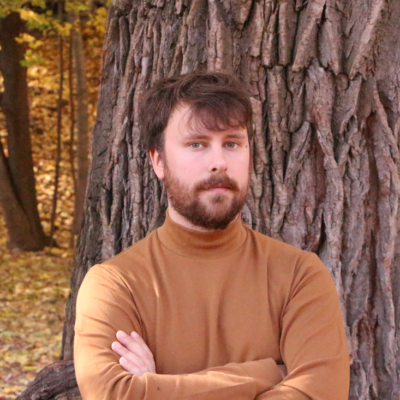 The year was 2006, and I was 16 years old. James Blunt’s “You’re Beautiful” was terrorizing the radio, and it was the beginning of Stephen Harper’s boring 10-year reign on Parliament Hill. More relevant to this story, however, was the fact that my faith was at an all time low, having been worn down by a general teenage disdain for religious routine and obligation. However, I was still attending church services and going to youth group, perhaps half-heartedly searching for a new direction or meaning to Christ’s message.

That particular summer, the youth group had planned to spend their nest egg on a mission trip to California, and I reluctantly decided to attend. It was California after all, maybe I’d discover the meaning of life on the pristine beaches and vine groves, like so many others before me. Our little group of six teenagers and two leaders flew into Sacramento during the middle of the July 2006 heat wave. During the car-ride to the town of Ripon, where our mission was headquartered, the reality of the next two weeks sank into my brain: back-breaking work in the sweltering heat, followed by worship services and Bible studies. Would it be like confronting God in the desert, with nowhere to hide and nothing to protect me from my own shortcomings?

After an uneasy sleep on the floor of a Sunday school room at the local church in Ripon, we set out on the road for Stockton, where we would be helping with repairs on an aging Christian men’s shelter. Stockton at that time was a mess – the poverty and disarray was staggering. Homeless men called out to us on the street in Spanish, begging us for bottles of water which we handed out by the caseful, as the temperatures climbed to 45°C. Growing up comfortably in southern Ontario, I was unprepared for this emotionally: yet I could feel God in this place, perhaps more strongly than in any other place I had inhabited previously. The men’s shelter was in bad shape, and there was lots of work to do. After an excruciating few hours of roofing work in the blazing sun, I moved inside to paint a whitewash on the kitchen walls. Plaster chipped off in chunks as I painted, and cockroaches scurried around my feet.

That evening we drove back to Ripon, totally exhausted but without injury or sunburns – we had paced ourselves carefully and drank lots of water. Before bed we gathered for worship in the church sanctuary and sang songs of worship:

This is the air I breathe

Your holy presence living in me

This is my daily bread

Your very word spoken to me

I’m desperate for You

I’m lost without You

At this point a thought entered my head, as the worship band repeated the chorus several times and we all closed our eyes to pray. Maybe it was time to take my faith seriously, to be on fire for God, whatever that meant. I was tired of being lukewarm. I did not want to be spit out.

After worship that evening I stayed behind in the sanctuary and played the grand piano, alone in the dark. I had just begun to compose seriously that year, after being encouraged by my high school music teacher. I prayed one last time for God’s strength, closed the piano lid and went to bed. That night, a new faith had started to grow in my heart.